Rizal’s position for a Jacobin revolution (bloody uprising) was of the ambivalent type. His primary stand was education of the Filipino people first before any other emancipatory strategic move could be resorted to. That was the dictate of his genius.

Here’s Rizal, del Pilar and Ponce in Spain in 1890... the leaders of the reform movement in Spain. 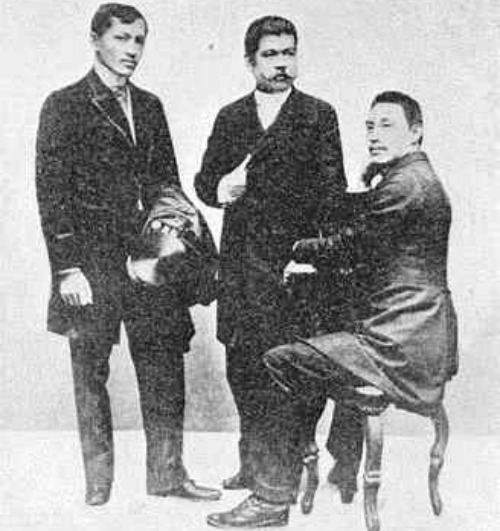 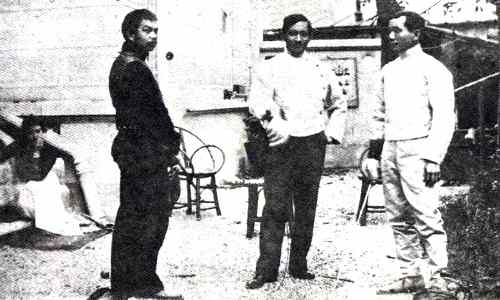 His stand could have been influenced, among others, by his observations of how the homeland rulers of Spain impressed upon the Philippines, as well as his own impressions of the kind of social and political life obtaining in Europe.

He could have been influenced by the Greek play called ‘Prometheus Bound’ the plot of which is exactly consonant with his view of education for the Filipinos. Rizal even sculpted a representation of Prometheus.

The Spanish Royalty at that time treated the Philippines with fairness and dignity… that conduct was decreed by the Royalty to its island administrators in the Philippines for implementation and observance.

But the vast distance from Spain to the Philippines emboldened those administrators to defy the orders of the Royalty. Said administrators ruled the Filipinos with iron hands and precipitous obnoxious Castillian cruelty and brutality. They dumbed the islanders…exactly the disease Rizal was fighting against.

Spearheading that defiance were the groups of Friars (Agustinains, Dominicans and Franciscans) in cahoots with the Spanish meztisos. Together they impertinently cuddled with lies the Governor General to rule the country differently. And all the while…

Rizal resisted the dumbing strategy of the Spanish administrators who wanted the islanders to live like animals so that they can appropriate to themselves the bounty of the islands.

And how could one justify the devious behavior of the Spanish friars then? They killed the Filipino culture. 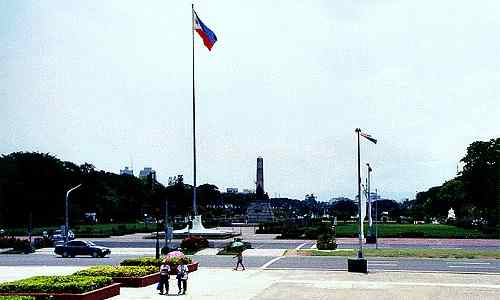 Sometime in 1889, Rizal wrote an essay called ”The Philippines A Century Hence” (translated from Spanish) which he caused to be published in La Solidaridad, Madrid. What was in his head at that time? Plenty…

Among others, he advanced that a Philippines that will have freed itself from a colonizer by heroic and stubborn conflicts, will no longer be attractive for colonial conquest by other nations like any of these…

Rizal premised that no nation would forever be under the domination of another. Rizal saw the melting out of Spain’s control over the Filipinos. He was right with Spain, Britain, Japan and the US. In review…

Rizal was suspicious of the United States…and he was right because the US was tempted to annex the Philippines from Spain via the Treaty of Paris in 1898 at a cost of $20 million. Some say there was treachery in that transaction.

The Phillippines as a nation state, has been tossed like a ping-pong ball between foreign powers notably Spain, Britain, the United States and Japan. As one consequence…

In 1945, the US granted the Philippines its independence. There are reservations if ever that act of the US was really of the highest sense of propriety or otherwise.

For how can the thinking Filipino leaders (in those times and even today) harbored to transcend that independence with a counter declaration ringing back to Aguinaldo’s June 12 declaration in 1898. Finally…

Discourses on the great Agrarian question regarding the Philippines can become more interesting as more Filipinos become knowledgeable of the attendant events.

This page narrates a few sides of the lifetime of Jose Rizal… a Pilipino polymath, martyr and national hero. It is a piece that a student of history may gain some refreshing views about Rizal. Awareness on the man can boost your knowledge of special men across the globe.

This page constitutes in part the purpose of https://www.top-destination-choice-the-philippines.com to project the Philippines as destination alternative to SEE, LIVE or INVEST in.

Clearly, Rizal was a traveler. He himself had projected the verdant image of the Philippines to a tourist club of German nationals in Leitmeritz, Bohemia circa 1887.

If you are convinced, decide, come, SEE, LIVE or INVEST in the Philippines.

Manny Pacquiao – About his rise from poverty to fame thru boxing.

Ferdinand Marcos – About his achievements, presidency and programs.